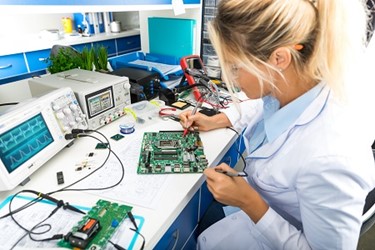 In my conversations with field service leaders, one of the most pressing issues coming up again and again is the quest to find – and attract - new talent. As a woman covering the field service space, I’ve of course noticed how male-skewed the profession is – and I’ve thought many times about how broadening the appeal of the job to women would make a significant impact for companies struggling in their recruiting and hiring efforts. I’m in no way saying that hiring women is the complete answer to the labor issue field service organizations are facing – the issue is further-reaching and multifaceted, but it is an important part of the conversation.

While I have plenty of my own opinions, I was very excited to connect with Taylor Glasson, field service engineer at Swisslog, to get her firsthand perspective on this topic. Those of you that regularly read Field Technologies know that I don’t usually interview field technicians themselves – but I am always telling our readers not to make assumptions and to get firsthand data, and in taking my own advice I figured that talking with a female field technician directly was the best way to tackle this issue.

My first impression of Glasson was that she’s smart, driven, an excellent communicator, and seems incredibly capable. As we began talking, I thought to myself that any of the field service leaders I regularly speak with would jump at the opportunity to have someone like Glasson on their team. I was curious about the history of how Glasson landed where she has, so we started the conversation by discussing her background. Glasson’s career has mostly been in law enforcement, but she made the switch to a hospital maintenance job when she became a mother. “I met my husband in my career as a sheriff; he is a sheriff as well,” she explains. “After we were married and were expecting our daughter, we agreed it was best for one of us to move on from the law enforcement field and I began looking for another opportunity.” 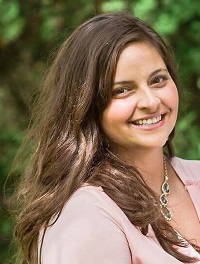 Glasson explained to me that she has always enjoyed hands-on work. “My dad was a cabinet maker; I was always around tools. It was important to him to teach me how to do things for myself and to be independent,” she says. I was impressed by Glasson’s self-confidence – she mentioned that she loves to learn and knows she’s capable of learning any skill or trade. At one point, she even taught herself how to weld. While Glasson did begin a college education, she says she always knew it wasn’t for her. “Kids are so pressured to go to college, but the reality is it isn’t for everyone – and it doesn’t need to be,” she says. “College isn’t the only path for success, but that message is so programmed into kids today that I think a lot of alternative opportunities get overlooked.”

When Glasson decided to transition out of law enforcement, her father was working at a local hospital and suggested a maintenance job to her. She applied, was hired, and it was in that role that she learned of Swisslog. In her two years with the hospital, she became the hospital’s internal expert on Swisslog equipment by working closely with the Swisslog field technician. “We became friends, and at one point he told me that he was leaving to pursue another opportunity,” Glasson explains. “When he told me that, I went home and printed my resume and last performance review and handed it to his supervisor the next day.”

While Glasson’s initiative is impressive, Swisslog had an agreement in place with the hospital not to poach employees. The Swisslog supervisor suggested that Glasson talk with her own supervisor at the hospital, who gave the green light for Glasson to pursue employment with Swisslog. Glasson began a phone-based interview process with Swisslog, which moved fairly easily forward given their familiarity with Glasson’s skill set and work ethic. When asked what was appealing about the Swisslog role, Glasson pointed out that she enjoys the work, she was pleased with the schedule of the role, and appreciated the competitive benefits Swisslog offers including compensation, 401K, and good health coverage. “There’s also great opportunity within the company for growth as I become increasingly competent and master this role,” says Glasson. “I can see a path of progression at Swisslog, and the opportunity for advancement is important to me.”

One of the most interesting parts of my conversation with Glasson was her observation of the fact that there’s a huge branding problem for the field service profession. “People ask me what I do and when I explain it they say ‘oh, that’s cool,’ – but it’s obvious they have no idea what it is,” she says. “Most people don’t even realize these types of jobs exist, and that’s a major problem for field service companies.”

You can see that these issues aren’t specific to women, but they are amplified for women. This is a male-dominated field, so you have to take extra care to think about how you can make your company appealing not just for new hires in general but also for women specifically. I plan to create more content around this topic and gather additional perspectives for us all to learn from. If you have thoughts, I’d love to hear them! Please reach out at sarah.nicastro@fieldtechinfo.com.