Wearables On The Rise 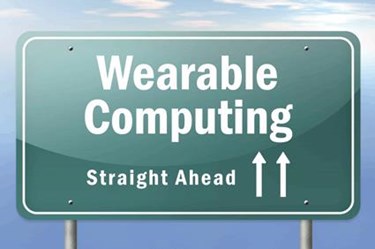 IDC Research has released its predictions for the wearables market in its most recent FutureScape: Worldwide Wearables and AR/VR report.

We’ve already seen some movement toward wearable computers in field service and other line of business applications, including the use of wearable cameras. The IDC report take a more general look at wearables in the enterprise, but the firm’s predictions do indicate some possible directions the technology may take in the field service space.

"Wearables are just getting started within the enterprise, but within a few short years, IT managers will be faced with a myriad challenges and opportunities," said Ramon Llamas, research manager, Wearables and Mobile Phones at IDC. "We put together a list of predictions that IT managers will have to face with wearables: procuring devices, which devices will work with which business units, how the wearable applications market will take shape, and what policies can and should be adopted. These will show how organizations can not only leverage wearables but thrive with wearables."

One of the key predictions is an increase in the use of smart watches, which IDC says will be piloted for enterprise applications in order to “augment or replace enterprise-use smartphones in 2017 to communicate time-sensitive data.” Adoption will be driven in part by improved cellular connectivity.

Smartwatches can conceivably provide quick access to sales applications (Salesforce already has an Apple Watch app) or in operations functions to communicate information between personnel. As a result, IDC says that mobile device management and enterprise mobility management solutions will have to be extended to support smartwatches.

The company also expects that by 2019, companies will begin testing ear-worn wearable devices that can be used as digital assistants. Those would include devices that provide access to Apple’s Siri, Amazon Alexa and the Microsoft Cortana platform, but using a headset in combination with in-ear devices.

These systems could be used to help employees quickly answer customer questions. However, IT departments will have to create data integration and intelligence layers to ensure that an enterprise knowledge base can be accessed and quickly navigated by the digital assistant.

Here is the full list of IDC’s wearables predictions:

While the expected increase in security focus will be an important step for wearables in the enterprise, the fact that less than 10 percent of companies may have developed a BYOD policy for these devices – which will increasingly be equipped with network access – is troubling. It will be interesting to see if smart watches can carve out a niche in field sales and service as companies look for ways to increase knowledge sharing and employee-to-employee communication.

Back in June, IDC predicted that wearables shipments would more than double by 2020, reaching 213.6 million units. The firm expected shipments to reach 101.9 million units in 2016, a 29 percent increase over 2015. Wearables will also play a role in what IDC calls the “fourth platform,” in which the human body becomes an integrated part of the computing platform.