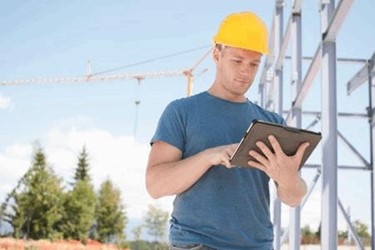 While recent sales trends show that the overall market for tablet computers is cooling off after a period of enormous growth, enterprise users still see a big advantage for using rugged tablet devices. That’s the key finding from a recent survey of mobile workers and mobile computer resellers conducted by Xplore and Intel.

The survey found that rugged tablets are still the top choice for those responsible for a highly mobile workforce (64 percent), and are the most requested form factor for multi-platform resellers. Those findings correlate with VDC Research’s data, which shows that line-of-business tablets continue to gain market share even as overall shipments of tablets have contracted. Enterprise tablet shipments are expected to grow at a CAGR of 3.3 percent through 2020.

End users are most interested in devices with a 10-in. screen (28 percent) or a 12-in. screen (31 percent) when it comes to meeting the requirements of mobile workflows. Readability is the most important criteria for screen size selection, because of the impact on tasks involving GIS applications, schematics, reviews, and other visually-intense data tasks.

The majority of respondents are using a Windows OS in their back office, a contributing factor to the preference for Windows-based tablets. Users want a mobile device that is compatible with their current software or legacy equipment, with roughly half (49 percent) saying that was the primary factor influencing their device selection. Rugged tablets tend to have more support for a variety of interfaces (USB, RS232, etc.) as well.

“Rugged tablets’ unique ability to interface with either legacy, current, or future equipment as workflow demands evolve, will also help companies avoid significant financial and productivity losses that would otherwise occur if they had to rely on workarounds,” the report states.

Respondents also indicated a shift away from cloud-based applications because of the lack of connectivity faced by many field workers in remote locations. Roughly 70 percent of respondents rely on platform- or device-based systems, as opposed to just over 30 percent that use cloud-based solutions.

Unreliable network connectivity connectivity could render cloud solutions unworkable, and lead to costly downtime. “Companies can’t afford for entire workflow management systems to be offline when a wireless signal goes down,” the report says. “This platform-based

method also discourages workers from reverting to error prone pen-and-paper data capture methods – or stopping work altogether – as they would traditionally have to do when offline in a cloud-only environment.”

According to the report: “Rugged tablets are the only truly mobile PCs that have proven capable of adapting on demand to the variations encountered in rapidly changing business and environmental climates. And that is why they are still the preferred mobile PC form factor despite aggressive attempts by notebook, handheld and hybrid manufacturers to disrupt rugged tablets’ track record.”