There Is a Rugged Handheld/Smartphone Evolution Underway 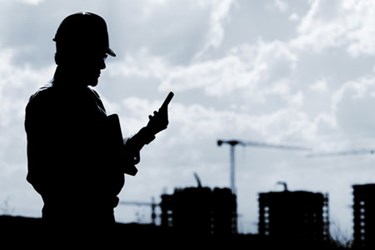 There could be a major shift underway in the rugged handheld device space, according to data from VDC Research.

At the end of the year, VDC published “Taking Stock of the Rugged Handheld and Rugged Smartphone Product Portfolio,” an overview of major trends in the handheld space – a part of the mobile market that is expected to see increased investment as interest in tablets begins to cool off.

According to the company’s data, we can expect to see an increase in the number of Android-based rugged devices in the enterprise. Along with that shift will come faster processor speeds, more memory, and larger screens.

VDC estimates the rugged handheld and rugged smartphone market currently stands at approximately $5 billion. In the recent VDC View report, the company has looked at trends in OS, display size, ruggedization and other metrics across a pool of 27 vendors and 225 devices.

The operation landscape has been changing in the rugged mobile space for several years, with Windows losing ground to new entrants that support the Android OS, and even to end users switching to consumer-style devices like the iPad or iPhone. Rugged hardware manufacturers are adding new features to support the new operating systems that have emerged (including Android and Microsoft’s Windows 10 and IoT Enterprise).

According to VDC, the overall trend is that Android is gaining market share (growing from 24 percent in 2015 to nearly 37 percent of the rugged handheld product portfolio in 2016), while Windows is losing ground. Windows still holds the majority of the market, but most of those devices are legacy Windows CE units, and demand is waning for other legacy Windows platforms.

“In every case, VDC’s research shows that rugged smartphone and handheld computer manufacturers are moving to produce more Android capable devices relative to Windows alternatives, while updating the technical specifications of their device families to support new Android and Windows releases across the board,” the report says. “In the case of Android, this trend is but another indication of the platform’s gain on Windows solutions among end users in the enterprise space.”

There are also shifts in the computing capabilities available on rugged handheld devices.

Drive storage and memory capacity are also expanding. According to VDC, the share of rugged handheld devices with more than 1GB of storage grew from 28 percent to 46 percent in 2016. The number of units with RAM in excess of 512MB jumped from 17 percent to 33 percent in one year. The majority of rugged handhelds also feature processing speeds greater than 1GHz.

Displays are getting bigger as well. Devices with 4-in. displays or larger were found on 19 percent of rugged devices in 2015; that grew to 31 percent in 2016. Those displays also have higher resolutions.

On screen keyboard are now found on 25 percent of rugged handhelds, compared to 15 percent in 2015.

As more rugged device manufacturers adopt Android or other modern OS options, the devices themselves are beginning to look more like their consumer counterparts in terms of processing power and user interfaces. That should be good news for end users as they leverage their mobile investments to run more complex applications and generate additional benefit.