Is The Tablet Buzz Dying Down? 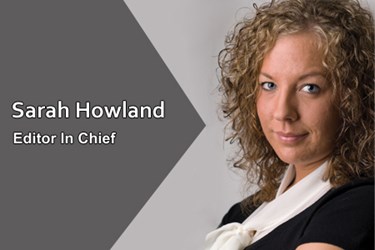 During a conversation I had the other day with the senior VP of service of a large service operation in North America, one of the comments made really caught me by surprise. While discussing the various components of their mobile solution, he mentioned that they’re not happy with the current handheld device they’re using and are looking to evaluate alternatives. I asked him if they’re considering tablets, assuming they are, and he says “absolutely not.” Wait, what? Isn’t everyone considering tablets? It certainly has seemed that way — I can’t remember a conversation I’ve had in the past three years where a company wasn’t at least considering replacing their handheld- or laptop-based solution with a tablet.

His stance made me wonder if the tablet buzz that’s been so overwhelming the past couple of years is finally dying down. In short, I don’t think it is. Take, for instance, the recent release from ABI Research, which states that “more than 39 million tablets shipped worldwide during the first calendar quarter of 2013, representing the second largest volume of shipments to date; only bested by the previous quarter ending calendar year 2012. North America is forecasted to claim nearly half of the estimated $72 billion expected to be spent this year on tablet devices.” So I think that my conversation last week was more of an anomaly. But why, in the sea of so many tablet-seekers, does this company have such an anti-tablet stance? Because they’re going about device selection the right way — choosing the form factor that’s the best fit for the work they’re trying to get done with maximum efficiency.

Selecting The Right Mobile Device For Your Operation
Don’t get me wrong — tablets are great devices, and are a better fit for many organizations than a handheld or laptop. And I do believe that the tablet popularity of the past few years is here to stay. But what I liked about this particular conversation is that the person I was talking with had conviction behind what’s right for his field force, and he isn’t letting any other aspects — like mainstream popularity and intense buzz — influence his decision. And that’s what will lead you to choosing the right device for your organization — focusing solely on the job that needs to get done and what tool will best enable your workers to do that job, rather than getting caught up in what the coolest new feature or functionality is that’s being introduced to the market. It’s important to stay up to speed on trends and advancements, but at the core, your focus should be on how well a device — your entire solution, for that matter — will help you accomplish your goals.