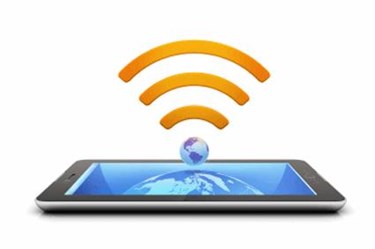 A lot of field service companies have deployed consumer smartphones for their mobile applications, but often find that the upfront cost savings are quickly eaten up by device replacement costs when the phones are damaged. Rugged computer manufacturers have responded by releasing their own rugged and semi-rugged smartphone and PDA-style devices, and new competitors are entering the market with ruggedized phones.

Bluboo may not be a familiar name to companies that use these types of rugged mobile devices, but the company’s upcoming R1 release may be appealing to some service companies looking for a low-cost, rugged phone, and it includes a number of features that will make it especially interesting for users that need a long battery life.

Back in February, a post on the Android Guys website indicated that Bluboo would be releasing a rugged phone that would also feature an industry first – wireless charging. The phone was also expected to have a large capacity battery and other features, but details were scarce. More information has emerged over the past month.

The device will also have a 7,150mAh battery, a MediaTek Helio X30 processor, and will be sold unlocked. The battery can enable up to 57 hours of Internet browsing, 85 hours of music, or 650 hours in standby – potentially making it a good fit for very remote field employees.

In addition, the R1’s camera will include a Sony IMX318 sensor with a resolution of 22.5 megapixels, and can record up to 4K of video footage. The phone will have 3-axis stabilization and hybrid autofocus.

Bluboo is a Chinese firm that has gained a reputation as a provider of quality, unlocked mobile phones that are available at a relatively low cost.

As for the wireless charging element, details are still emerging. Samsung is one of the few companies that has adopted the technology in mainstream devices. Bluboo did release a video that (sort of) demonstrates how its wireless charging features will work. The R1 begins charging when placed on a base that uses Qi inductive charging technology (the same tech used by Samsung). The charging base can have an output of 5v to 9v, and would take up to five hours to charge the phone.

Inductive charging uses an electromagnetic field to transfer energy between two objects (typically via a charging station). For rugged devices, having this option could eliminate some connectors, which would make it possible to completely enclose all of the electronics.

However, wireless charging is generally slower, more expensive, and the device has to be left on the pad to be charged.

In addition to Samsung, BlackBerry, Nokia, Microsoft, Google, and Motorola have offered wireless charging support based on the Qi standard.

Data from IHS Markit indicates that the wireless charging market will grow 80 percent this year, reaching 375 million device shipments. Orbis Research predicts the market will experience a CAGR of 26.13 percent through 2021.