The Importance Of Business Partnerships And Alliances

A conversation between Dede Haas and Peter Simoons 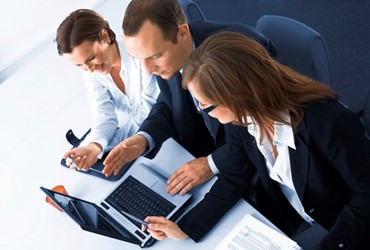 Dede Haas, channel sales strategist and coach, and Peter Simoons, executive coach and alliance mentor, have known each other for quite some time. Both were members of the Association of Strategic Alliance Professionals and have talked many times about the differences between strategic alliances and channel sales. Dede and Peter recently took time to talk to The Business Solutions Network about strategic alliances and more in this exclusive interview.

Dede: Peter, in your book Successful Strategic Alliances and Partnerships, you say that business partnerships and alliances are an increasingly important strategic way to help organizations grow. You cite a 1998 book by Yves Doz and Gary Hamel, Alliance Advantage, where they wrote, “No company can go it alone.” What do you think of that?

Peter: I think the quote from 1998 is now even more valid than it ever was, but in a broader perspective. Not only no company can go it alone: No one can go it alone. Whether we work in a company and we want to team up to create something that traditionally companies would do on their own and we now need other companies to accomplish our goal more effectively, or whether it’s for sales development or innovation. But also if we look inside a company, we are not so much siloed anymore. We need our colleagues and other people to collaborate with and do our work more effectively, and maybe we even need other people outside of our own organization.

In large organizations you often see that they call it strategic alliances, and the overall umbrella term used is “partnerships”. So, if we do something in a partnership, our large corporation calls it a strategic alliance. When creating a joint venture, it means we both hold shares in a separate legal entity. However, when looking at smaller entrepreneurs, when they talk about a joint venture, they more or less mean a joint project they do together. They undertake the venture together and after the venture is done, they will each go their own way.

So it’s very important to understand what your potential partner means when they use a term about working together. I’ve seen many situations where this causes miscommunication. Even in a gathering of executives from large corporations, I noticed that they used different terms during a meeting.

Dede: You were talking about joint ventures being project-based as opposed to being strategic over the long term. What’s interesting is, it’s mostly high-tech organizations. In the Washington, D.C. area where it’s mostly federal business, you have federal or government-focused vendors or services organizations. These are technology companies where they use the word “teaming”: They actually team with people, with other organizations in order to, let’s say, win a contract. It’s an interesting term because it doesn’t say anything about being strategic, but it also doesn’t mention joint ventures.

Peter: Well maybe it’s a better term than any of the others, because what they actually do is, they team up with another organization to achieve something they cannot do alone, or they can do it more effectively together. Whether that’s teaming for a project with a fixed end term or for the long term, for the definition that is irrelevant.

What I also see in the same confusion of terms is that some people in channels, which is your area, speak not about channels, but use the word “strategic alliances.” So, if we’re not clear about the meaning of it, it can be very confusing.

Dede: That’s right. It’s the same between channels for the telecom industry and channels for the IT industry. What I found is that with the telcos their industry uses what they call “agents” and “master agents” and in the IT industry we don’t. I’m on the IT side of things and there are different acronyms that are used. I was told a story by somebody who had this happen to them. They work for a telecom company and they were meeting with Tech Data (which is mostly an IT distributor). They said that during the conversation, all these different acronyms were being used, but they meant something different to the IT people and the telecom people. It took them awhile to figure out what they were saying to each other.

Peter: I know. Often in my workshops there are two clients working together in a workshop and they are looking to team up together. It always happens during such a day that someone uses an acronym. When I’m aware of it, I will ask them what it means. Most of the time they look at me like, “Well, everybody knows what it means,” but they reluctantly clarify the meaning and then you see the body language of some of the other people change. Often it’s the partner and they now know what it means: They didn’t dare to ask the question. It’s very important to be very clear about what we mean when talking about terminology or acronyms and even as you mentioned, in two industries that for an outsider seem close together, they have different meanings for the same acronym.

Dede: And this is something that even goes beyond that story. There is an effort to blend the IT world and the telecom world together and there are some organizations that have been trying to do this for years. In my opinion, it’s not working very well right now because it’s two different cultures in the way that they sell. The IT world is going to a recurring revenue model, which is what the telecom world always has been in, but still it’s just two different cultures that they’re having a tough time blending. But I’m interested in some of the examples that you have given in your book about strategic alliances. I want to jump back to those because that’s really what this conversation is about and we’ll get to channels later.

You were using an example about Amazon in your book, an organization that you said knows how to leverage new opportunities and how they have been working together with other companies in order to get to where they are today. Am I saying that right?

Peter: In the book I use Amazon as more or less the opposite example. They have had an alliance with Toys “R” Us somewhere in the early 2000s, which failed miserably because they weren’t living up to the contract. If I recall correctly, they had an exclusive contract with Toys “R” Us that they would only sell their toys online. The situation happened where they brought games to the market and Toys “R” Us said, “Well, those are toys as well.” Amazon said, “No, they are not toys.” So, there was a dispute and, in the end, they fought it out in court. It took a couple of years and Amazon had to pay a fine to Toys “R” Us in the end. Toys “R” Us started to build their own online website and I would almost say the rest is history because Amazon is still there and I believe Toys “R” Us is not.

I used the example of Amazon in the book to illustrate that competition comes from unexpected corners. When I worked at IBM in the mid ‘90s, Amazon was barely starting, I used the example of an online bookseller in my presentations. People would look at me and say, “Hey. These companies in the U.S. they will never be a competitor to us. They are selling books online. Who wants to buy a book online?” Well, nowadays, Amazon sells everything online. They even already have offline traditional stores in a different flavor. There’s nothing traditional about their store and they’re now a competitor to everybody. Competition comes from unexpected corners and you need to be aware of it and constantly innovating. That, most companies cannot go it alone. So, they need to team with others to be aware of what’s happening and to be flexible to be first or in the worst case, respond to the market.

Dede: Hmm and you’re right about Amazon. It is interesting the example you gave with Toys “R” Us, as they are gone and Amazon is bigger than it’s ever been. And they will continue to grow and find new competition.

Peter: Look at what happened when they entered the food market, I believe one and a half, two years ago. They bought Whole Foods: at the same time, stock prices of existing players, like in the Netherlands Royal Ahold, they went down immediately as a response to the fact that Amazon bought Whole Foods.

Dede: Well, I’m going to give you a really quick story about that. That is a great example of what you were saying about Amazon and how it was hurting local businesses. Whole Foods used to be a grocery store that would sell local produce, local food items from a certain vicinity. So, like where I live in the D.C. area, they would sell food and produce that came from the states around us and some family-run companies in the district itself. They would sell those in their store and apparently they gave them a lot of different opportunities on the marketing side. They would be helpful to these small companies and also I think they gave them a break on pricing so that these companies could actually make some money. Unlike other larger companies, you’re not going to end upselling a large number of their products because they just don’t make that many. When Amazon bought Whole Foods, that whole thing changed. I think Whole Foods gave the marketing for free or for a discounted price. Now, they boosted the price of marketing and they also limited what these companies would be able to put on the shelves of Whole Foods. It’s been something that has been shot through the arm of these local companies and small companies that had always depended on Whole Foods to put their products on their shelves.

Peter: Yeah, it’s interesting to see how the market develops and so, from that perspective, the local companies better look for new partners to deliver their products to the market. Some will try themselves, but that’s not their core business. That’s not what they’re good at.

Dede: You’re right and what’s also interesting is Giant Foods, which is owned by Royal Ahold in this area. Giant was started in D.C. back in the ‘30s, but it’s considered a local grocery store and it’s not a high-end grocery store. They have started partnering with local companies more now than I’ve seen in the past.

Peter: Yeah, I see that in more locations, also in the Netherlands where we see that local farmers bring their products to the market via a partnership with local stores and then the store has the benefit of providing fresh local products whereas the farmer has the benefit of bringing it to market without much hassle.