Right To Repair Is A Data Center Priority, Too 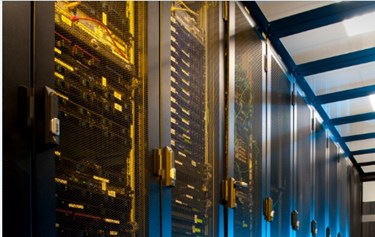 New York Congressman Joe Morelle (D) introduced a historic bill that would help Americans fix their devices. The right to repair bill not only affects car and device manufacturers, but technology companies as a whole. In his announcement on the bill, Morell said, “This common-sense legislation will help make technology repairs more accessible and affordable for items from cell phones to laptops to farm equipment, finally giving individuals the autonomy they deserve.”

Twenty-seven states across the U.S. have brought up “right to repair” bills in 2021. According to the consumer groups tracking the proposals, more than half of these bills have been voted down or dismissed. These bills are focused primarily on consumer technology manufacturers (think cars, phones, and gaming consoles) to make parts more available and serviceability a greater priority. Advocates argue that consumers have a right to either self-service or a more affordable, competitive maintenance experience. The companies that make these products usually fund the opposition in their effort to protect profitable replacement cycles and expensive, non-competitive service offerings. There has to be a better way than the current proprietary lock-in repair system for many of these product categories. Repairs are too slow and costly, often making it easier and less expensive to simply buy a new device. This approach may be great for the short-term bottom line, but over the long haul, it can turn a customer against a brand because of rigid and expensive customer service.

Though the automobile industry has been the primary target for these right to repair bills, other companies like Microsoft, Apple, and HTC have been torn between providing modular, accessible, and repairable products or tightening their grip on diagnostic and repair information. If this federal bill becomes law, it will have far broader implications than just providing customers a chance to repair their cars and or cellphones. It also will affect the mission-critical technology banks, retail stores, and companies use too.

In 2012 Massachusetts passed a “Right to Repair” bill, and in 2020 it shut down loopholes manufacturers were using to side-step the law and not provide consumers full access to their cars’ diagnostic tools. While the Massachusetts “Right to Repair” updates in 2020 made getting diagnostic information for cars easier and more accessible to independent repair shops, it does not guarantee access to crucial parts needed to make repairs. Current options are to either go directly to the manufacturer and pay handsomely for the parts, 3D print parts, or use scavenged parts from older or discarded models.

While the above is about automobiles, the same is happening around data centers worldwide. Relying on OEMs like NetApp, Hitachi, or Dell can often be costly when extending - or repairing - servers and storage arrays that are no longer under warranty. Currently, the IT maintenance market is about $39B, with third-party maintenance accounting for 6%. If this bill is to pass and become federal law, the maintenance market will skyrocket. Traditionally, things that started in the business sector slowly trickle down to the consumer level (the internet, for example), and as right-to-repair laws get passed, we expect to see more and more IT departments choose vendor-agnostic partners to source spare parts to extend the life of their current infrastructure to preserve precious budget dollars for their companies’ digital modernization priorities

Dan is the CEO of CDS. Previously, he was at HiveIO, a developer of intelligent virtualization technology, where he served as CEO. Prior to HiveIO, Dan was Chief Operating Officer for the managed services company Datapipe, supporting customers globally in over 20 data centers and across private and public cloud solutions. Datapipe was acquired by Rackspace, where Dan served as GM and SVP of Service Delivery. Dan has also held key leadership roles with Dell and Perot Systems.