Paying For Field Service With Bitcoin – Is That Even Possible? 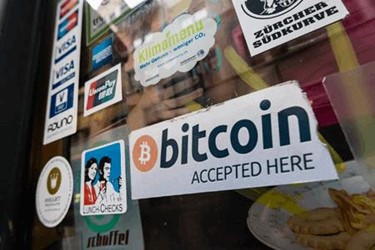 There has been a lot of buzz lately over Bitcoin.   With the tremendous volatility in the price of cryptocurrencies over the past 12 months, the emergence of new cryptocurrencies almost every day, and threats of government regulation, it’s hard not to take notice. Chances are you either think Bitcoin it is the next biggest thing since the Gold Rush or you think it’s the worlds’ biggest Ponzi scheme.

Regardless of your opinion of Bitcoin, you are probably wondering “What in the world does Bitcoin have to do with field service?”  In a word, “everything”.  Why? Bitcoin and crypto-currencies are based on a powerful technology called the blockchain, a decentralized and distributed digital ledger that is used to permanently record transactions across a network of computers.  Each transaction is securely packaged together with other transactions in a block.   The data on the blockchain cannot be altered or duplicated, and no single entity owns the blockchain since its stored in a network of computers. Furthermore, the data is both anonymous and public. Anyone can view the transactions in the blockchain while the identities of the sender and receiver remain anonymous.

Another aspect of the blockchain is a “smart contract’.  This is a computer program that controls the transfer of digital currencies or digit assets between parties under certain conditions.  In other words, the smart contract provides “if”, “then” instructions regarding the sequence of events or transactions that are to occur.  The digital assets that are part of the transaction maybe in the form of data, video, audio file or text.

The blockchain provides an optimal platform for managing diverse types of transactions on low-cost/no-cost basis given the smart contract feature, the fact that no single entity controls the blockchain and that it is highly scalable and secure.  There are also several use cases for blockchain technology in the field service Industry including but not limited to:

While the probability of Bitcoin reaching $1,000,000 anytime soon may seem like a pipe dream, it is highly likely that we will see commercial applications of blockchain and cryptocurrency applied to the field service industry within the 1-2 years.   In fact, there are several start-ups and Fortune 500 companies who have invested in or developed applications for field service and related industries.  For example:

It remains to be seen whether cryptocurrency will replace fiat currency (cash) as the preferred medium of exchange among the world’s economies.  However, blockchain technology is certainly gaining traction as a lower cost and more democratic alternative for managing transactions than centralized data networks.   While I wouldn’t recommend converting your entire stock portfolio into cryptocurrency, I do suggest we keep an open mind about how blockchain technology and cryptocurrency will revolutionize field service. In a few years, it will be used everywhere around the world for field service applications in some capacity or other.