Now Is The Time For Multi-Time Horizon Planning

By Tom Paquin via Future of Field Service 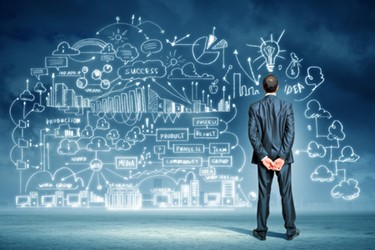 Here in the U.S., today’s jobs report tells us that the month of May has seen the largest jump in employment in history. This is not particularly surprising (though apparently many economists were surprised), as people are re-hired or released from furlough in response to states gradually easing COVID-19 restrictions. Nevertheless, this surge is further evidence that we’re nearing something that we’ve been considering since this crisis began: Service is going to approach a bottleneck.

We’ve been talking about how planning optimization will help organizations tackle these challenges, and that remains true, but I figured it’d be worth taking that a step further, because this recovery is going to happen in waves over the course of, perhaps, the next two to five years. Manufacturers will come online, traffic will slowly increase, then the capacity of public transit riders will increase, then the capacity of restaurant machinery will increase, then there may be a setback, perhaps another outbreak, then airline traffic might increase, and so on. It’ll be a long process with lots of pumps on the breaks.

For that reason it might seem reasonable to move forward with a day-by-day plan for scheduling: tread water until you have a better idea of what the future holds. That’s fine in theory, but such a binary strategy has potentially catastrophic implications for your ability to meet your customers’ needs.