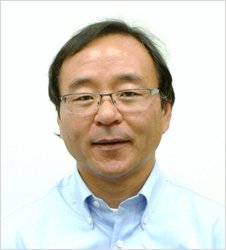 By Steve Kim, marketing chair of the Mopria Alliance

What adding print means for mobile development, and why it matters

The realm of mobile development has come a long way, and it’s only getting better – just ask Gordon Moore.

Moore, one of the founders of Intel Corporation, came up with an eponymous rule of thumb in 1965 called Moore’s Law. App developers are all familiar with this simple rule – if not by name, then by understanding; its basic tenet has driven the computer industry for 50-plus years. Moore’s Law simply states that computer power doubles about every 18 months – growing exponentially rather than linearly.

This means, according to author Michio Kaku, that “… every Christmas, your new computer games are almost twice as powerful as those from the previous year. Furthermore, as the years pass, this incremental gain becomes monumental … Today, your cell phone has more computer power than all of NASA back in 1969, when it placed two astronauts on the moon.”

In other words, anyone who owns a smartphone carries in her pocket a computer more powerful than anything the most advanced research and scientific agencies could even dream of just a few decades ago – and the computer processing power of mobile devices is going to continue that progression. It’s entirely possible that in the very near future, we will no longer use desktop PCs at all, but will run every application for which we currently use a PC on our smartphones – and app developers need to be ready to face this new era.