Moving At The Right Speed: A Lesson In Speed And Safety 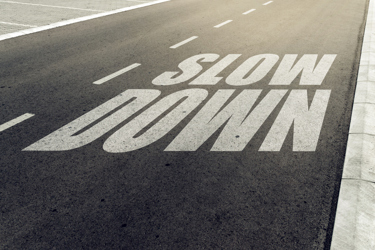 This year, the Commercial Vehicle Safety Alliance (CVSA) annual Operation Safe Driver Week has centered its focus on speeding. According to the Governors Highway Safety Association, less traffic, largely due to stay-at-home regulations related to the COVID-19 pandemic, may be encouraging some drivers to ignore speed limits. As just one example, New York City reported an increase in speed camera tickets of more than 60 percent this March compared with March of 2019 despite traffic down more than 90 percent! The speeding doesn’t stop there – in a recent six-week review of our data, we found our clients speeding events increased 19 percent despite a 10 percent reduction in driving.

Speeding is dangerous. One study found that drivers with at least one speeding citation were 45 percent more likely to be involved in a future crash than drivers who had not had a speeding citation. In addition, a mistake at a higher speed can result in big consequences.

It can’t be left to law enforcement alone to combat speeding. Drivers and fleet managers are responsible for safe driving speeds. Many fleets have governors on their vehicles to limit maximum speed. Safety technologies such as telematics and video telematics have been adopted by fleets to help driver’s self-correct and fleet managers identify and better address habitual speeders.