By Bill Pollock, Strategies for Growth 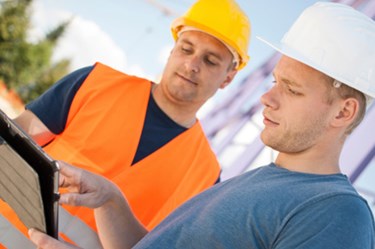 The days of striving to empower an organization’s field technicians to be “cool, calm, and collected” (i.e., able to physically collect data from multiple sources within the organization, most likely in an offline mode) have since been replaced by the empowerment of the “cool, calm, and connected” technician. Those organizations that have been able to bridge this critical gap will likely be the ones to dominate in the global services marketplace moving forward.

While real-time connectivity actually helps technicians by making their jobs easier to perform, the amount of pressure being placed on their shoulders is still enormous – and has been for decades. It’s just different now! During the “break/fix” era of the 1960s and ‘70s, there initially was enormous pressure placed on the field technician since the only real mode of communications between the technician, the front office/dispatcher, and the customer was by phone – no cell phones, no e-mails; perhaps, pagers for the most progressive organizations.

The pressure remained enormous, as the success of virtually all of the organization’s customer site visits was largely predicated on the unique strengths of each individual field technician, supplemented by only meager (or nonexistent) communications with anyone else within the organization. Historically, field technicians, once on site, were the customer’s primary contact, communication link, and source of information.

Finally, there would always be an added level of pressure resulting from the need to “fix the customer” while “fixing their equipment.” Think of the many situations where the resultant downtime from the system/equipment failure would only serve to make an already frustrated customer even more unhappy while the field technician went to work on their business-critical equipment. No matter where the field technicians would turn, there was simply an ever-expanding cascade of pressure being placed on their shoulders – with little means to alleviate any of the burden.

However, fast-forward to the present day, and things look a great deal better for field technicians. Admittedly, there will always be pressure associated with going to the customer’s site and having to execute a repair or other form of maintenance. However, the proliferation of new technologies (most notably the introduction of cloud-based FSM solutions, the availability of augmented reality, and the empowerment of the IoT) have served to lessen the degree of pressure significantly.

Today, field technicians have significantly more data/information available to them – often on a real-time basis – than ever before. And the cascade of information is growing exponentially. Parts and inventory management are handled better than ever before, as well; and, as a result, the likelihood of arriving at the customer site without the right part(s) has also decreased dramatically – once again, alleviating historical measures of pressure. Improvements in business analytics and knowledge management have also directly led to improvements in the field technician’s ability to make the right fix, on the first try.

Cell phone and tablet-based communications with the organization’s dispatcher and front office have also served to alleviate pressure, as does quicker (or instant) access to product schematics, documentation, and repair guidelines via the Internet. Talk about pressure-relievers! With the introduction of AR, the pressures historically associated with having to make a repair at the customer’s site on a piece of equipment that the field technician has not even seen in several years is also a significant pressure reliever.

Advanced capabilities in remote diagnostics, predictive analytics, and remote repair are, perhaps, the greatest pressure alleviators of them all. From the field technician’s perspective, many of the toughest repairs historically are now being diagnosed – and fixed – remotely, without any significant intervention on their part. Also, some of the historically tougher fixes are now relatively easy to make through improvements in wearable technology, on-demand product specs/repair guidelines, and AR. Essentially, the more technology that is introduced into the realm of the field technician, the less pressure he or she is likely to face while at the customer site (or making arrangements and/or excuses when scheduling or following up on the site visit).

The era of the “cool, calm and connected” field technician is already here – and continuing advances in smart technology will only serve to keep them even more “calm” as this evolving technology becomes an increasingly more important part of their world.