How To Optimize Fleet Routing For Better Service 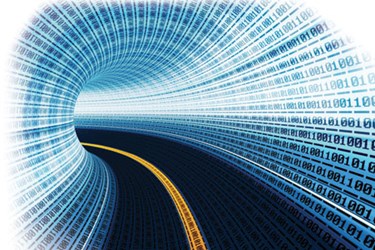 Today’s fleet managers are under continual pressure to get deliveries to their destinations as efficiently as possible. Numerous factors, ranging from heavy traffic to road accidents, can make that challenging. Fortunately, there are many effective ways to optimize fleet routing. Here are some of them.

The fleet management market offers many automated tools to help users make more confident decisions faster. Raguram Venkatesan, director of trucking solutions at Optym, said, “From the route-planning standpoint, technology can be of help. Route optimization involves a lot of math and can’t be figured out manually.”

He continued, “To make matters more complex, there are delays in the line-haul movement when shipments are stuck in traffic. Route optimization software can account for all these disruptions and create an efficient route plan in terms of driver miles and driver time.”

Venkatesan explained how traditional methods of less-than-truckload optimization had limitations because they relied on ZIP codes. Drivers would then be assigned geographic areas based on how much freight they carried. Automated routing solutions provide more flexibility and can optimize drivers’ travel paths across multiple zones.

However, succeeding with these automated tools requires a willingness to do things differently, including doing away with older methods that are no longer worth continuing. “Route optimization tools bring about a shift in planners’ mindsets. By automating planning processes, planners can now focus on improving routes further based on their tribal knowledge. In a way, the system is helping them get better at what they do,” said Venkatesan.

Your efforts to optimize fleet routing could do more than get parcels to their destinations faster. They could also decrease driver turnover rates. Many fleet professionals deal with the strain of staff shortages. Being a professional trucker can prove a demanding career. However, it can become less frustrating if the people who work on optimizing routes get drivers’ input first.

Statistics indicate people could see productivity improvements of more than 15% by switching from legacy methods to advanced route optimization. Streamlining a driver’s workday could lead to more satisfaction, making them less likely to leave. Even so, it’s important to get to the bottom of other factors that may be causing irritation that could make them quit. Maybe a driver feels they are constantly assigned too many stops per route, for example.

Some things to address may not be related to the work itself but the vehicle. Cargo area rattling could significantly increase cabin noise, which could put the driver at a higher accident risk due to distractions. They may also have trouble hearing police and ambulance sirens.

A 2020 study showed that a feeling of inefficacy was the top factor that caused professional truckers to go to other firms or quit. Researchers said drivers who experience it might feel unproductive and that they cannot succeed in their current roles due to a lack of skills or resources. The unproductivity could stem from poor route planning.

Similarly, drivers may feel ineffective because they show up late with deliveries and frequently face irate customers. A lack of route optimization could be part of the problem there, too. It’s vital to work together and figure out what’s within a trucker’s power to change, if anything, and what fleet managers should improve at the company level.

Some of the best ways to optimize fleet routing may mean having employees use a different transportation type to reach their destinations. That option has become especially attractive as fleet management professionals assess the most practical ways to deal with urban congestion.

In a University of Westminster study, researchers compared the results of having people deliver parcels in vans versus on bikes. When they took a closer look at the routes available to the people on bicycles, the team found that they could get jobs done 1.61 times quicker than those in vans. They also had faster average speeds than the drivers.

Using bikes could depend on whether drivers typically struggle with heavy traffic on their routes. Assigning some of them to have bikes instead may not address the problem entirely. However, it could help, particularly since many places typically have dedicated lanes for bicycles that may be less congested than those used by cars.

Another possibility is to have some parcels delivered by drones. However, regulations exist regarding where and when they can fly and the maximum weights they can carry. These stipulations mean a drone rollout may not be quick and straightforward. It may be a viable solution in some instances, though mainly when the flights involve carrying lightweight items over short distances.

Before committing to using a different method to move cargo, identify the biggest challenges currently faced by the company and its drivers. Suppose it seems feasible that using different ways to move parcels would target some of those obstacles. Are decision makers ready to devote the necessary resources to making that organizational change? Having people on board from the start increases the chances of making a successful transition.

It’s impractical to devise a specific way to optimize fleet routing and immediately apply it across the board. The better way forward is to try it with a small pilot first. Depending on the size of your company and the area it covers, it may only cover a few routes or maybe just one.

Consider finding your best driver to work with you as the main tester during the implementation phase. Ensure they’re willing to partner with you and that they know how important it is to get real-life data during this pilot stage. Show this individual that you value their input and want to hear about their experiences, whether they’re good or bad.

Perhaps achieving your routing optimization aims means using a new commercial platform. Even the most advanced products probably won’t fit your company’s needs perfectly, especially not in the early days of using them. You’ll learn about features and capabilities through use and undoubtedly see that there are pros and cons associated with whatever you’re using.

Position the driver helping with the implementation as an ambassador for the rest of the workforce. Many people initially feel hesitant about change. That’s understandable. However, when others see someone has already experienced the new routing strategy, they should feel more open to adopting it, too.

How Will You Optimize Fleet Routing?

The suggestions above should get you off to a good start as you examine the most appropriate ways to develop better routes for your team. Making changes should help your company provide better service to customers, but those benefits also will carry over to your employees.