How Can The IoT Help Forklift Operators Stay Safe? 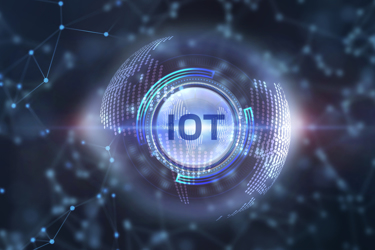 Statistics from the National Safety Council indicated forklifts caused 7,290 accidents requiring time away from work in 2020. There were also 78 forklift-related fatalities that year.

Ongoing training can give people the skills and knowledge to stay safe when operating or working around forklifts. However, the Internet of Things (IoT) could add another layer of protection against accidents and deaths associated with these machines. Here are some specific examples.

Give Better Insights About Workers

Facilities that use forklifts are often busy places. Exercising spatial awareness is one practical way to bolster personal safety. However, the IoT can detect things people may miss. One company offers an IoT wearable called SmartBelt. This multitasking device can differentiate whether a person is moving due to driving a forklift or walking.

A supervisor also can filter the metrics to see the precise locations of employees within a factory. Such data could inform a manager that a person is using a forklift in an area not designated for it.

Researchers also developed a wearable sensor that analyzes workers’ breathing patterns. The developers asserted that such measurements help confirm fatigue. That innovation is still in the lab. However, solutions on the market now detect tiredness in other ways. If a workplace uses those, supervisors could receive warnings before someone operates a forklift but is too tired to do it safely.

The Centers for Disease Control and Prevention (CDC) recommends that company leaders involve workers in any intentions to use fatigue-monitoring tech. Doing that starts by clarifying how and why a company will use it, including ironing out associated policies.

Leaders should also get insights from workers about wearables. Were they comfortable and user-friendly? Did they interfere with a person operating a forklift or doing any other task? When employees feel their superiors care about what they think, they’ll be more likely to embrace the program.

The IoT also enables various possibilities for keeping pedestrians out of the paths of moving forklifts. Some sensors can detect the reflective tape sewn to people’s safety vests. They then give an audible alert to the forklift driver when someone is in a critically dangerous zone. Other products provide both visual and noise-based warnings to the forklift driver and the person who’s too close.

One option involved mounting several cameras to the forklift and using deep learning to process the various images. Then, sensors gave real-time alerts to operators about people in the vicinity of the machinery. More specifically, an alarm sounds and the driver sees an image taken by the camera that picked up on the problem.

There’s even a solution that makes the forklift slow down and stop once a person gets too close to the machine if the driver does not notice them. Options like that one are beneficial when the way a person uses a forklift may result in limited visibility.

If they require a forklift to carry a large or tall box, that container could partially obstruct what they see. In any case, even the most attentive person cannot notice everything happening everywhere. The IoT helps fill the gaps.

Electronic key cards typically only give a person access to the places they need to go to carry out their duties or the facilities they’ve been trained to use. Someone’s employee badge would not likely let them enter a chemical laboratory before receiving the education that helped them safely work there.

A common but lesser-considered forklift hazard becomes apparent when a certified operator uses a specific lift for which they did not receive training. In such cases, people would not know the particulars of scissor lift safety and put themselves at an elevated risk as a result.

The IoT can help ensure a person can only use the forklifts associated with training previously received. A company called RedLore rents IoT sensors to clients who use them to gain better supply chain visibility. As CEO Niek Van Dierdonck explained:

“We rent the devices out to our customers, so it’s a solution-as-a-service model. They just pay per device, per month, and then they get access to dashboards where they can track their packages and see what conditions they’re in.”

In 2020, RedLore expanded beyond parcel tracking to assist a company with forklift driver management. Each forklift contains a sensor that can make touch-free, real-time checks to verify a particular person has the authorization to use a certain forklift. If they do not, an alert goes out to supervisors who can intervene.

The smart badges people use to confirm they can operate the machine also work as proximity sensors. Once the forklift operator starts driving, the system begins picking up on other smart badges in the vicinity. That feature allows it to warn the driver of anyone in the danger zone.

An organization that uses forklifts is most likely to operate safely when people at all levels of the company understand their roles in cultivating an injury-free environment.

One strategy is to encourage every relevant person to participate in equipment maintenance. Helping them get in the habit of carrying out specific checks before and after using a forklift is an excellent way to prevent accidents. The IoT can further enforce those good habits.

One forklift telematics product requires that a driver perform checks before allowing them to operate the equipment. It also alerts the operator and supervisor if the forklift moves faster than a certain speed or experiences a shock.

That telematics system also records the machine’s real-time location. It sends supervisors warnings if someone uses a forklift outside permitted zones or specified times.

Business leaders will likely get the best results by using such options as part of a larger safety strategy. They should also confirm that the goal is not to watch every little thing a worker does while on the clock but to highlight the importance of always following safety protocols.

Even the most advanced IoT solutions can’t prevent all accidents. Humans will always have vital roles to play in meeting that goal. However, as the examples here show, the IoT can supplement other practices that uphold safety.