How Augmented, Mixed And Virtual Reality Can Reshape Industrial Manufacturing 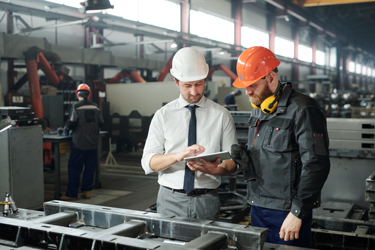 The rapid deployment of supporting technology and the fall in prices of wearable devices (already happened to handheld ones) are contributing to the spread of Augmented, Mixed and Virtual Reality-based solutions, now expected to be a “can’t-live-without tech” for every company in the field of Industrial Manufacturing.

AR can be seen as an extension of the user’s environment, which gets enriched in real time with superimposed digital models and information, such as texts, graphics and multimedia. The aim of this technology is to “augment” or, in other words, to improve the physical world with contextual, significant and relevant information.

By contrast, VR technology radically changes the users’ perception of the world as it immerses them into an artificial, unreal and computer-generated environment. Elements are then separated from the actual world and replicated into a virtual one, in which users rely on their five senses to interact with objects and places.

MR can be positioned in the middle, as it integrates digital models into the physical world, enabling users to interact with them while remaining aware of the real environment around them.

The main differences lie in the devices used and, therefore, in the functions provided and the sector where they can be employed.