Cleaning companies bank on their reputations for service. Their employees spend hours in their clients’ homes each week, often without supervision. Trust is critical.

Maid Brigade of Chicago is using GPS location data to help bolster the trust that both clients and supervisors have in the company’s staff of maids. Using the real-time location data, Maid Brigade’s supervisors can now confirm that employees arrive at their jobs on time, stay for the contracted amount of time, and follow their appointed schedules. 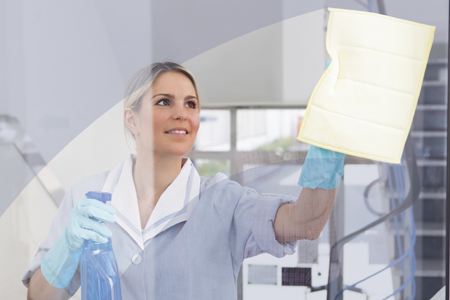 The Chicago operation is the largest Maid Brigade franchise in Illinois, with 22 full-time maids, two parttimers, and ten vehicles. According to Manager Tammy Dunbar, the company needed a better way to track employee hours and verify that the maids had arrived at the correct location and worked the required number of hours at each house. Scheduling and dispatching were also inefficient, since employees had to call their supervisors to check schedules and confirm any changes to their appointments.

“Our biggest problem was that we couldn’t find out where the maids were in real time without calling them on the phone,” Dunbar says. “We didn’t know if they were on schedule, if they got lost on the way to a home, if they took long lunches. There was no way to track them except for the manual logs they kept.”

For first-time cleaning assignments at new customer homes, the maids, for example, were to spend 1.5 hours at the residence. Supervisors wanted a way to confirm how long the maids were at each location and to have some visibility when cleaning assignments took longer than the time allotted. These types of cleanings are charged according to the actual time cleaning and not at a fixed rate, so this data directly affected billing.

“A tracking solution would help us find any issues with the maids and eliminate the problem of customers fibbing about the amount of time the maids were there to reduce their bill,” Dunbar says. “And if they got lost, we wanted a GPS solution that could help them find their way to the next house.”

The company evaluated several GPS solutions for its fleet-tracking problems, eventually selecting the NexTraq Fleet Tracking system. According to Dunbar, the company chose NexTraq because they are a preferred vendor for the national Maid Brigade franchise operation. “They were a vendor of the month for the Maid Brigade franchise,” Dunbar says. “They also had some innovative solutions as far as how we could use the tracking data in the business.”

NexTraq imported the company’s customer database so geofences could be set up around each location. Each vehicle was equipped with GPS tracking hardware and a Garmin personal navigation device inside the cab. The tracking software is Web-based, so office staff and the field supervisor can access the information from any computer.

GPS Training Proves Challenging
“The training was intensive,” Dunbar says. “The system does so many different things that it required a lot of training, because each of the office staff is using it a little differently. I still don’t feel like I know everything.”

The company uses the scheduling component of the solution, combined with input from supervisors, to create a schedule for the maids each day. As the maids arrive at each home, they note their status on the Garmin devices (en route, arrived, completed, etc.) and can exchange messages with supervisors.

The messaging solution has helped streamline communication with the maids and eliminated timeconsuming phone calls. “We send out a lot of quick messages, and we have a field supervisor here who translates them into Spanish for us,” Dunbar says. “Because of some of the language differences among our staff, the messaging system actually works better than using the phone. Some of our employees read English better than they speak it, so it makes communicating easier.”

The maids still have to fill out the paper route logs, but managers can now verify the data each day by using the GPS information. Once the route is completed, the route logs are compared to the tracking data, and then the data is input into the company’s MicroMaid back end business solution. (MicroMaid is a proprietary software developed by Maid Brigade.)

The company now has a record of how long the maids stayed at each home. “We know if they were there for the hour and a half,” Dunbar says. “We had trouble confirming what they wrote in their time logs before, because we have 22 maids coming in and out of the office, and we couldn’t follow up with all of them. The tracking solution has resolved that.”

Real-Time Visibility Uncovers Opportunities For Improved Efficiency
When the system was first deployed, supervisors discovered that several maids were taking long lunches, making extra stops during the day, and fudging the times on their route logs. “They would get the work completed and finish the route early, but their route log would still reflect a 5 o’clock stop time, which made it difficult to keep accurate records,” Dunbar says. “Now we know where everyone has been, and we’re more efficient at scheduling because we can see how long the stops are really taking.”

Once employees were made aware that their time was being monitored, they were no longer able to provide inaccurate information on their time sheets. “We just naturally started to see those behaviors drop off once we showed them that we were paying attention,” Dunbar says. “The maids love the system now. We showed them that we weren’t really changing anything; we just needed to be more accurate.”

Employee labor hours are now completely verifiable. Dunbar and the supervisors can see how long each maid spent at each home, and if clients have a question about the service, they can easily verify when the cleaning took place. “We occasionally have a customer claim that our maids were not at the residence for the amount of time contracted,” Dunbar says. “Now we can point to the system and show them that the vehicle was at the residence for the correct amount of time.”

The company is also saving on miles driven by using the route optimization function. “The maids are already driving quite a distance to some of the locations so we’re not really saving time, but we are saving miles by improving the routes,” Dunbar says. The company has been able to use the maintenance module in the solution to set up alerts when each vehicle is due for an oil change, and Dunbar says she plans to expand the use of that solution to schedule other regular maintenance and tune-ups for the fleet.

“The only complaint I have is that we don’t get alerts letting us know if the maids are behind or ahead of schedule, and we’d like a different indication when an invehicle message is coming through versus a route schedule update, but we’re talking to NexTraq about that,” Dunbar says. “Otherwise, this has really solved many of our problems.”